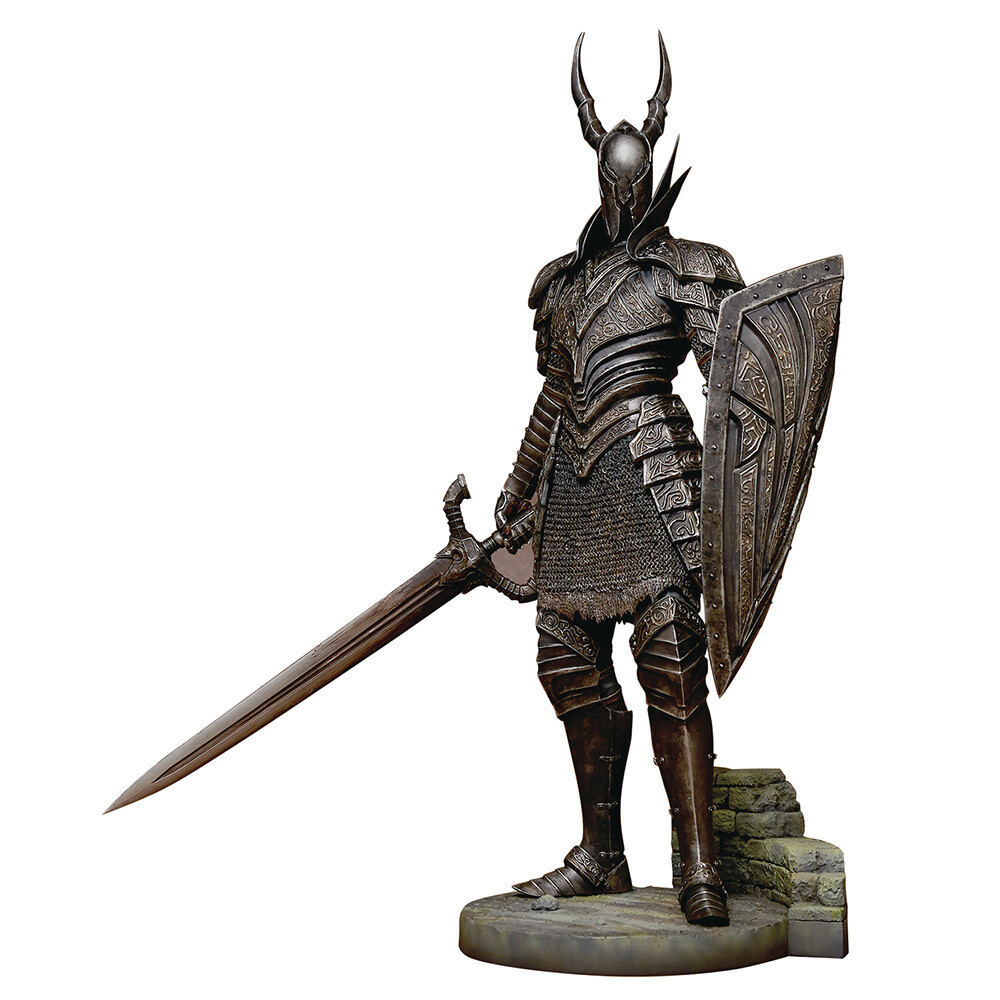 Kurokishi, known as Black Knight is the formidable enemy from the hit video game Dark Souls.

The Black Knight is faithfully recreated as a 1/6 scale statue, thoroughly supervised by the highly creative design team of FromSoftware.

The imaginative concept of Fire, Ash and Soot, which represents the world of DARK SOULS is engraved on the Black Knight’s armour. Sculptor Shiya Yamaoka captured the intricate and beautiful design using traditional sculpture techniques.

The Black Knight was once the proud Silver Knight of Gwyn and was burnt black. Katsushige Akeyama recreates the dull silver in the scorched black surface through his splendid exacting paint work.

This statue stands over 40 cm/16 inches tall creating an intimidating presence even in 1/6 scale.

Moreover, the eyes light up with LED, which further enhances the uncanny character, and the weapons and shield were digitally sculpted in precise detail by Masaki Akao.